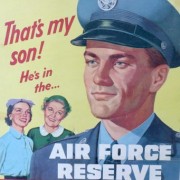 AFRC supports the Air Force mission to defend the United States through control and exploitation of air and space by supporting Global Engagement. The AFRC plays an integral role in the day-to-day Air Force mission and is not a force held in reserve for possible war or contingency operations. The Air Force Reserve Component of the U. S. Air Force has 450 aircraft assigned to it.

The purpose of the Air Force Reserve as derived from Title 10 United States Code is to provide combat-ready units and individuals for active duty whenever there are not enough trained units and people in the Regular component of the Air Force to perform any national security mission.

From the 1930s until 1980, many U. S. Air Force Reserve, bases, planes, vehicles and barracks were constructed with parts containing asbestos, such as engines, brakes, wiring and other materials that needed to be insulated from the extreme heat. Asbestos was used in U. S. base buildings and base housing used by U. S. Air Force Servicemen and Servicewomen and their families.

Air Force Veterans that have been diagnosed with Mesothelioma or any Asbestos related diseases may be eligible to receive compensation from responsible asbestos companies and manufacturers.

Air Force Veterans were daily exposed to toxic asbestos dust and fibers where they inhaled and ingested them without any protection in their workplace. Families of workers and other military veterans that were exposed to asbestos secondhand are also developing Mesothelioma and other asbestos-related disease.

Air Force Veterans diagnosed with Mesothelioma have complained that they were not given any warning, training or respiratory protective gear when handling, installing, loading, repairing, or removing asbestos-containing products.

Air Force Veterans have the right to sue asbestos manufacturers that exposed them to asbestos.

List of U. S. Military Personnel that were exposed to toxic asbestos products or worked with asbestos-containing products with the highest exposure years between 1940-1980.

Air Force Veterans that worked in boiler rooms, engine rooms, installing brakes, gaskets, insulation, valves and pipes have a higher risk of developing an asbestos related disease in their lifetime