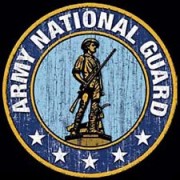 The Army National Guard (ARNG) is stationed in the U. S. States, Territories of Guam, Virgin Islands, Puerto Rico and the District of Columbia.

The Army National Guard may be called for active duty by the state governors to help respond to domestic emergencies and disasters. Similar to those caused by hurricanes, floods, and earthquakes, as well as civil disorder.

Army National Guard organizations are federally recognized in each of the 50 U.S. states.

Army National Guard Veterans diagnosed with Mesothelioma or any Asbestos-related diseases may be eligible to receive compensation from responsible asbestos companies and manufacturers.

From the 1930s until 1980, many U. S. military planes, bases, vehicles, and barracks underwent construction with parts containing asbestos, such as engines, brakes, wiring, and other insulating materials. Asbestos was used in U. S. base buildings and base housing used by U. S. service members and their families.

Thousands of U. S. servicemen and women came into contact with asbestos fibers during their tour of service. Many Veterans diagnosed with Mesothelioma have complained that they did not receive warning, training, or respiratory protective gear when handling, installing, loading, repairing, or removing asbestos-containing products.

The U. S. National Guard is a reserve component of the United States Armed Forces Composed of National Guard military personnel and units from each state, the District of Columbia, and the territories of Guam and the Virgin Islands.

The National Guard can be deployed or mobilized for federal and domestic missions at any time. There are approximately 350,000 National Guardsmen currently serving today.

Veterans who served between 1940 and 1980 have the highest risk of developing Mesothelioma or asbestos-related cancer.

Army National Guard veterans were exposed daily to toxic asbestos dust and fibers where they inhaled and ingested them without any protection in their workplace. Families of workers and other military veterans that exposed to asbestos secondhand are also developing Mesothelioma and other asbestos-related diseases.

Army National Guard veterans diagnosed with Mesothelioma have complained that they were not given any warning, training or respiratory protective gear when handling, installing, loading, repairing, or removing asbestos-containing products.

National Guard Veterans Have the Right to sue Manufacturers that exposed them to asbestos.

Several units have been affected by Army National Guard reorganizations. Some have been renamed or inactivated. Some have had subordinate units reallocated to other commands. A partial list of inactivated major units includes:

U. S. Military and Asbestos-Containing Products

National Guard Veterans that worked in boiler rooms, engine rooms, installing brakes, gaskets, insulation, valves, and pipes have a higher risk of developing an asbestos-related disease in their lifetime

There is no charge for your initial phone consultation.

U. S. Military Branches of Service and Asbestos Exposure

Asbestos-related cancers among Veterans are not the fault of the military or even the government. It is the fault of the asbestos manufacturers and companies. Asbestos companies knew the potential health issues related to asbestos exposure as far back as the 1920s but hid this information from the public, the medical community, and even the U.S. Military. They continued to profit off their deadly asbestos materials.

We have been counseling Veterans and Mesothelioma patients for more than 13 years on Mesothelioma and other asbestos-related cancers. A Mesothelioma case can settle in the seven-figure range. Be very careful in choosing a Mesothelioma lawyer to represent you and your family.

If you or a family member has a malignant Mesothelioma diagnosis, you are going to have a lot of questions about living with Mesothelioma and what legal options you have against asbestos manufacturers and asbestos companies for your asbestos exposure. Mesothelioma is a seriously deadly disease.

If you have a legal question about a Mesothelioma lawsuit, you don’t have to come into our office. Call us, and you’ll speak directly to a lawyer, and if a lawyer is not available, They will return your call as quickly as possible.