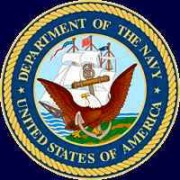 From the 1930s until 1980, many U. S. Navy Installations, bases, planes, vehicles and barracks were constructed with parts containing asbestos, such as engines, brakes, wiring and other materials that needed to be insulated from the extreme heat. Asbestos was used in U. S. base buildings and base housing used by U. S. Air Force Servicemen and Servicewomen and their families.

Navy Veterans that have been diagnosed with Mesothelioma or any Asbestos related diseases may be eligible to receive compensation from responsible asbestos companies and manufacturers.

Navy Veterans have the right to sue asbestos manufacturers that exposed them to asbestos.